At the time Saint James Lutheran Church of Grosse Pointe was founded in 1940, the areas surrounding Detroit thrived due to the success of the automobile industry. During the 20-year period 1920 – 1940 the population of the Pointes grew from 5,000 to 30,000, and it was time to spread the Gospel by the building of new area churches. Established as a mission church of the Lutheran Church-Missouri Synod, the first worship service was conducted on February 4, 1940 in the library of Grosse Pointe High School. Fifty-one attended and the offering was $21!

At the first organizational meeting, the name “Saint James Lutheran Church of Grosse Pointe” was adopted. The name was for Saint James the Greater and the church would bear his symbol of three scallop shells denoting his pilgrimage by the sea (look at the lectern in the sanctuary!). A permanent pastor was called in June 1940: the Reverend George E. Kurz, a 1939 graduate of Concordia Seminary, St. Louis, Missouri. Pastor Kurz would serve St. James for 40 years – the entirety of his ministry. His devoted tenure would witness many significant milestones at Saint James – a large growth in the number of congregant members, the erection of a high classical New-England style church building in 1948, the establishment of a substantial charitable trust fund to provide financial assistance to seminary students (the Munderloh Foundation – est. 1959) and, in 1976, the departure of Saint James from the Missouri Synod. 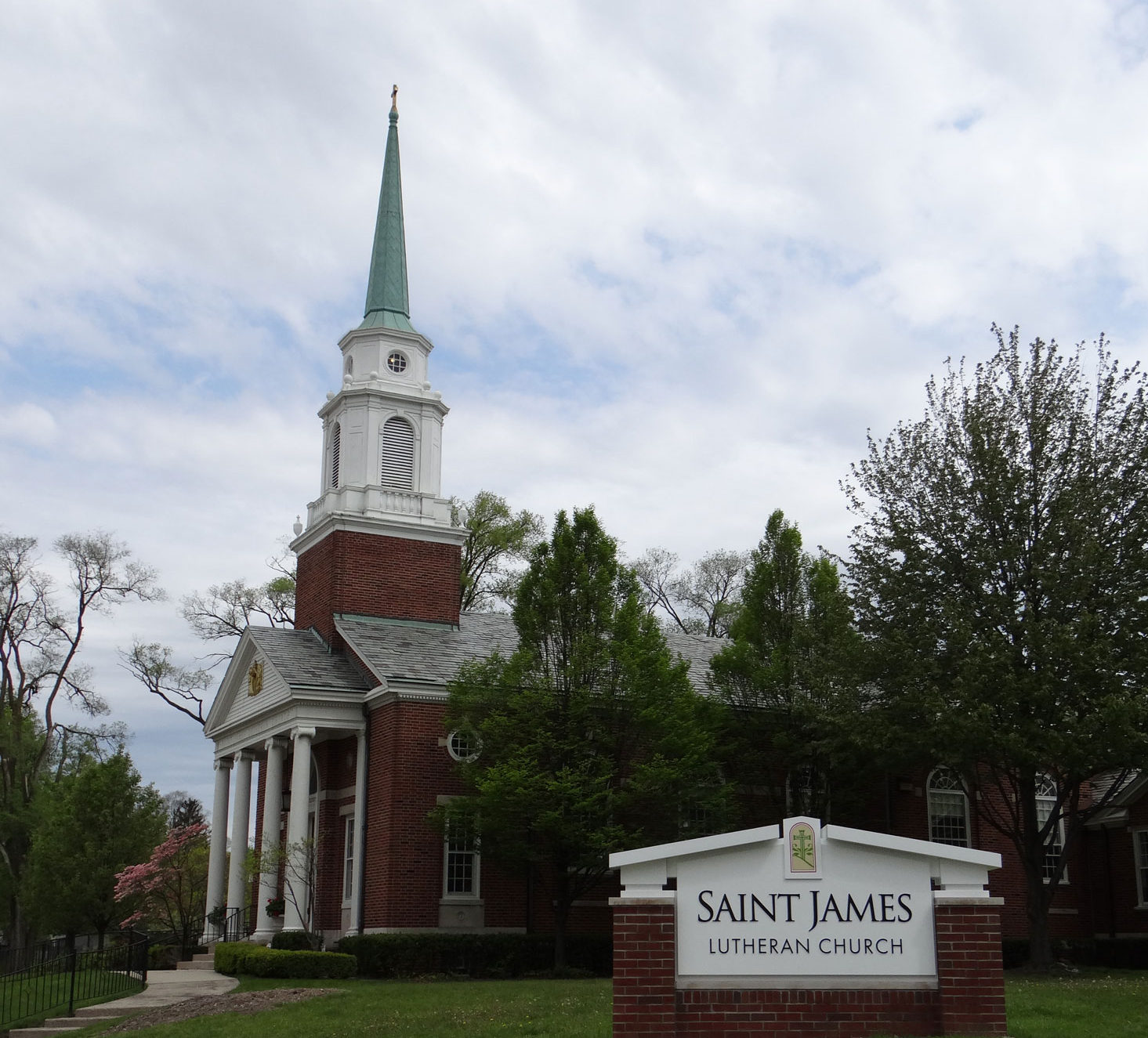