The pipe organ is the primary instrument used to lead worship at Saint James. The congregation purchased a 12-rank pipe organ from the M.P. Möller pipe organ company of Hagerstown, MD in 1965. In 2007, the church acquired a 1981 Möller pipe organ from Good Shepherd Lutheran Church in Redford, Michigan. While this organ sat in storage in Saint James’ garage and later basement, plans were being made to incorporate most of the pipework with the existing instrument. In 2011, the original 1965 console was rebuilt by Renaissance Pipe Organ Company of Ann Arbor. The console was stripped and repainted, the mechanical wind-operated mechanisms were removed and replaced by a state-of- the-art solid state switching system built by Syndyne Corporation of Vancouver, Washington. Four ranks from the 1981 organ plus a refurbished clarinet rank were added to the organ in 2013. The organ was completed in 2017 when a trumpet stop from a 1951 Möller was added. Twelve new pipes were built by A. R. Schopp’s Sons of Alliance, Ohio to extend this rank to the 16’ pitch level.

Saint James owns three pianos. A 5’1” Kawai baby grand was purchased for the sanctuary in 2012. This piano is used to accompany the choir, soloists and the congregation. A Petrof upright (2000) was moved from the sanctuary to the Undercroft when the Kawai was purchased. The Petrof is moved to the gathering space for the Easter Vigil and for outdoor services in the summer. A Steinway spinet is used for choir rehearsals in the music room. 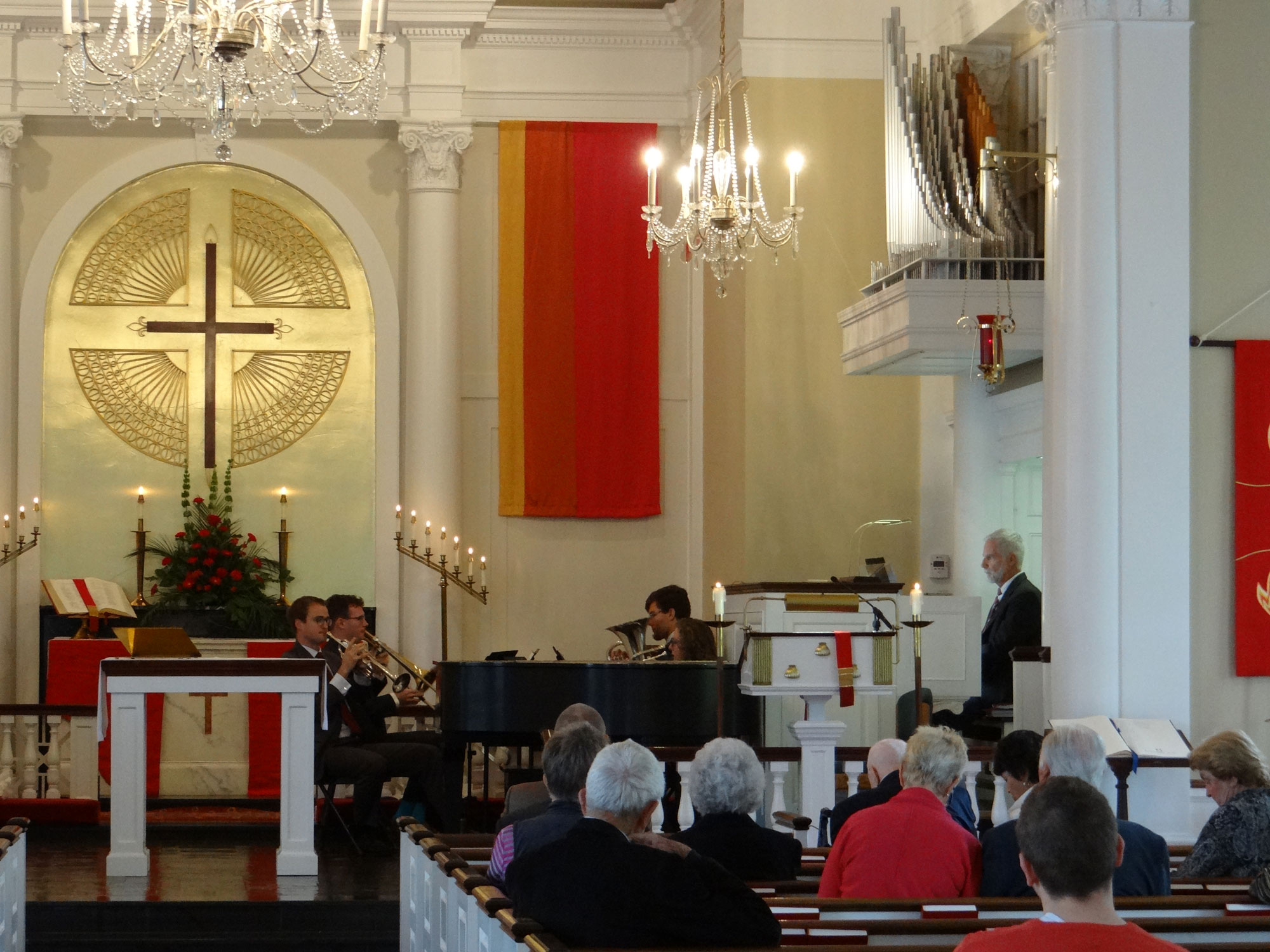